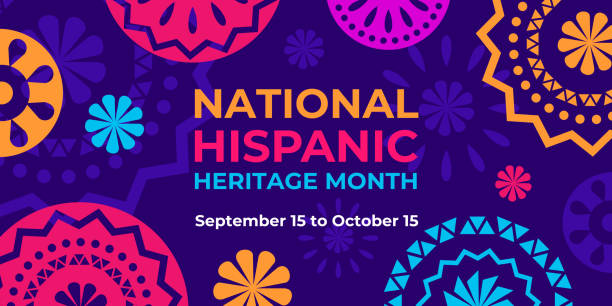 Hispanic Heritage Month (September 15-October 15) is a time when we celebrate the contributions, cultures, and histories of Hispanics. The theme for 2021 is Resilience and Hope, or a call to reflect on past contributions and look forward to those to come. You can participate and stay informed by tuning into our blog at Dissertation Editor, where we'll be releasing weekly posts spotlighting past, present (and up-and-coming) contributions from our Hispanic communities. Since we're an academic editing company, we're kicking it all off with a showcase of the best books from Hispanic writers!

In sticking with the theme of the recognizing the past, present, and future contributions of our Hispanic communities, our To Be Read (TBR) list is organized in the order of what went before, the current, and up-&-Coming. These are excellent reads we highly recommend you add to your To Be Read (TBR) list right now. There's an activity related to the list later, so pay attention!

released in 1950, this is a collection of essays on Mexico and its people, culture, and character. Winner of the Nobel Prize.

Autobiography documenting Rodriguez' social assimilation and academic success and the attending alienation he felt from his culture and family.

A 2019 release, this is a collection of essays exploring the feelings of alienation of a first-generation American who feels like a stranger in the country where she was born.

Memoir about the trauma that follows Castillo and his family as they cross the border into the U.S. and try to evade ICE, digging deep into the individual experience of the immigrant experience from a child's perspective. A 2020 release.

Winner of the 2019 Pulitzer Prize for Criticism, Lozado's book is a critical and intellectual examination of the texts that have tried to explain the Trump Era (and how we got there).

Hinojosa documents her life growing up Mexican American in Chicago, situating her (personal and professional) struggle against the entrenched narrative of the Other that shapes the way Americans think about and act toward immigrants. Released in 2020.

First released in 1605  --not a typo-- and widely considered to be a founding work of Western Literature, it's one of those musts for your TBR list.

Story about two Cuban brothers and musicians in the 1950's. This heartbreaker of a story won the Nobel Prize for fiction two years after it was released in 1989.

Poignant coming-of-age story about a Latina girl growing up in Chicago. Funny and heartbreaking, well reviewed by a wide age range of readers, so not just a Young Adult read. Released in 1991.

Released in 2006, about the inescapable impact of history and circumstances on the Buendia family.

A crime noir set in 1984, features a criminal defense lawyer, Rios, who investigates suspicious insurance claims and the difficulty of insuring gay men during the peak of the Aids epidemic. Released in 2019.

Released in 2019 to international acclaim and huge love from readers, this is an excellent chapbook of Poems.

Released in 2017, this is the first anthology of Latino/Latina speculative fiction.

The story of a widowed professor and her struggle to face the ever-present challenges in her life. A 2020 release.

Set in 1898, this is a story about a young couple on the eve of the Spanish-American War and their struggle to survive.

Remember I mentioned there would be an activity later? Well, it's that time.

Next, get in touch with the folks at Dissertation Editor and let us edit your book review until it shines so bright it goes viral, or consider having us polish up your papers for class, your dissertation, your thesis. That's what we do for fun around here. Note that we offer free quotes and 1-page sample edits too.

Dissertation Editor was immensely helpful as I applied for tenure! Going up for tenure was one of the most stressful moments of my career, and knowing that I had professionals reviewing my file to make sure it was error-free was such a Godsend. Dr. Roda and his team were professional, prompt, and thorough. They gave me insightful feedback that I am confident improved my tenure application. THANK YOU SO MUCH! I am now proud to be a Tenured Faculty member at Coastal Carolina University!